Jeffery West shoes. Enough to make the eyes water. Started by Mark Jeffery and Guy West in Northampton the historical centre of the British shoemaking and leather industry, during the late 80’s.

“Do what thou wilt” is the inscription on the soles. This should give you an indication of the design and construction of these classic shoes and boots. I bought mine from their store in the 1909 Piccadilly Arcade in London. It’s from the Goodyear Welted collection. Black polished leather and red finishing inside. I first saw these shoes with a photo shoot of the Rival Sons (Californian classic rock band) at the Jeffery West outlet in Selfridges during 2012.

Shot at my home studio using one flash head, honeycomb grids and a black backdrop. 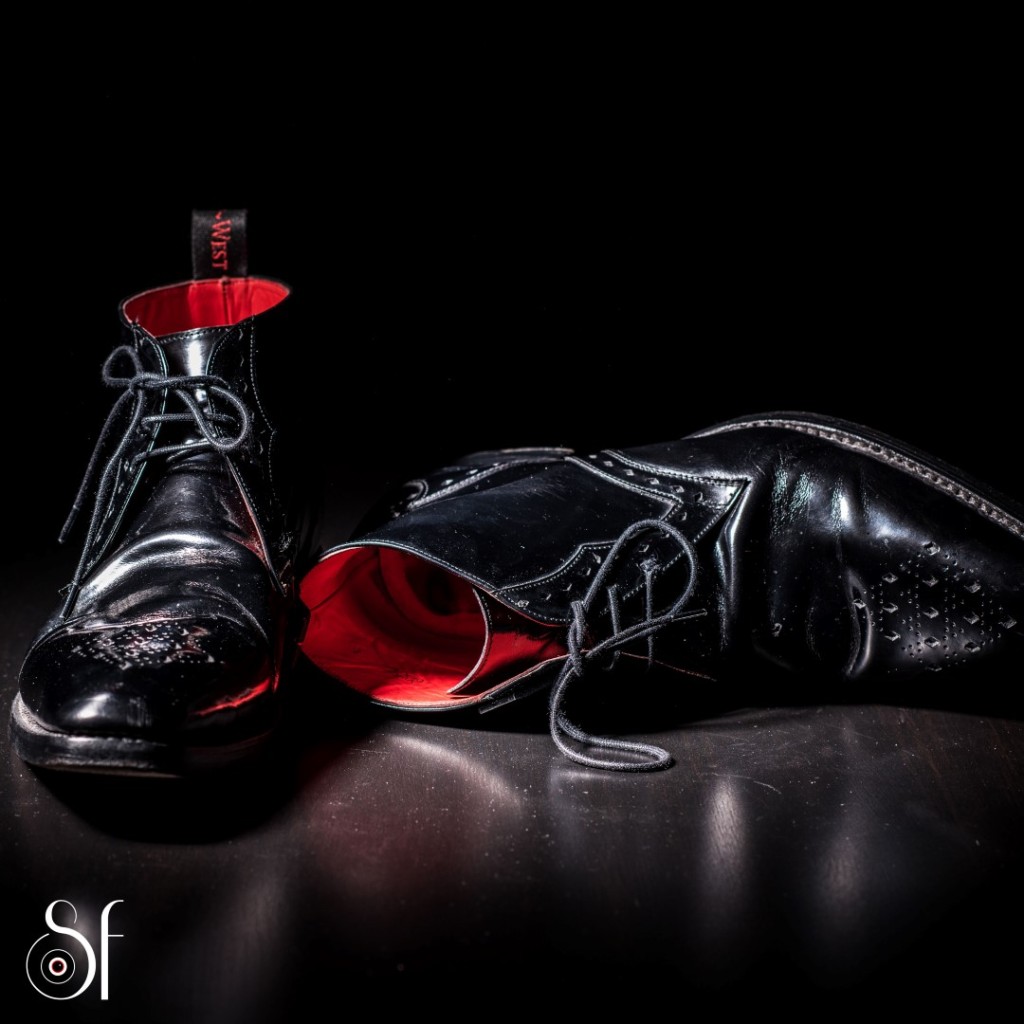